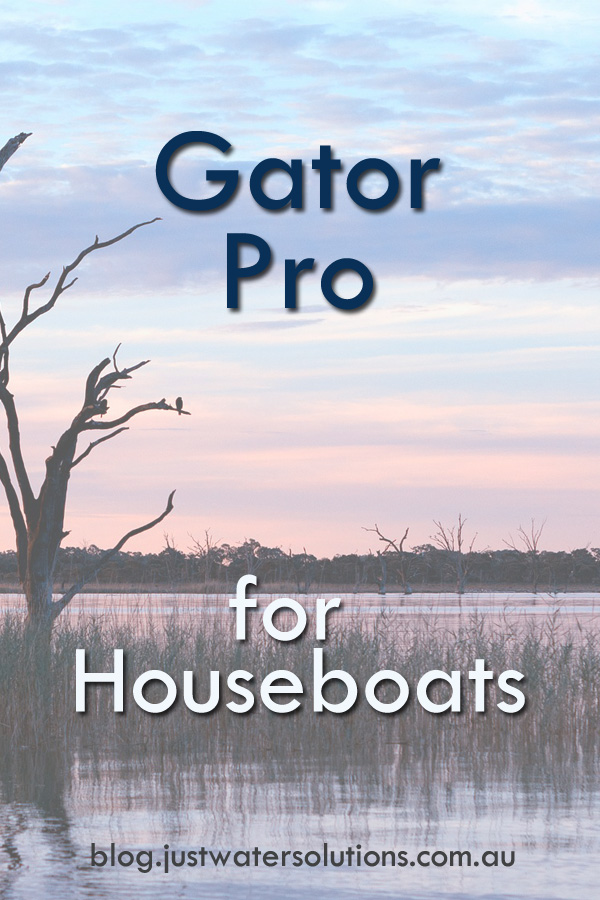 After a long and exhausting process the EPA has given approval for the use our gravity Gator Pro on houseboats in South Australia.  The process started in 2012 when some members of the Houseboat Hirers Association in South Australia approached us to develop a unit suitable for installation on a houseboat. 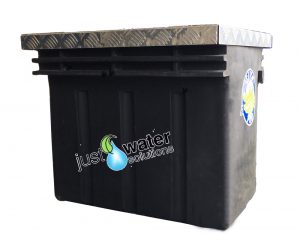 We began working directly with the owners to produce a simple and reliable unit that didn't need power to operate, because there is not always access to electricity. The systems in use at the time always needed 24 hour access to electricity to operate.
Trials and testing on houseboats were started in situ in 2013 with very encouraging results. With the help of members of the Houseboat Hirers Association, laboratory trials were conducted via the EPA in 2015.

The final outcome of the laboratory tests is that the EPA South Australia has now issued a Revised Regulatory approach to the Environment Protection (Water Policy) Policy 2015 and the Code of Practice, so that boat owners are able to discharge water that has been filtered through our Gator Pro unit.
Kitchen sink water and blackwater (toilet) has to be contained and pumped to land to a waste water treatment plant.
The EPA has also included requirements for houseboat users that all soap powder, soap, shampoo, conditioner and shower gels must be low in nitrogen and phosphorous, to reduce the extra nutrient released into the rivers. 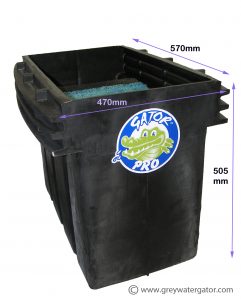 What this means is that boat owners can install our unit below deck, and all the water from showers, non-kitchen sinks and washing machines can be filtered through a Gator Pro and discharged into the river.

USING A GATOR PRO FOR HOUSEBOATS

The use of a Gator Pro has a number of benefits for the houseboat owners, who can now install a compact, easy to maintain greywater unit that doesn't need electricity to operate. It also eliminates the need for lots of holding tanks.
The benefit to the environmental health of the rivers is also a big consideration. Previously the only choices for houseboat owners have been to either install a treatment plant, which is quite expensive and needs a constant supply of electricity, or to store the water in holding tanks until it could be discharged. Discharging untreated greywater directly into the rivers, dams and lakes is an offence, and it is something that the EPA has been trying to control for years. Allowing untreated water into our water sources and water storage leads to a big influx of phosphorous and nitrogen, as well as oil and grease and possibly entero bacteria.
Our Watermark approved Gator Pro unit is a proven greywater unit that has been used by thousands of satisfied customers over a number of years. Approval to use it on houseboats is a great advantage for houseboat owners, users and the South Australian rivers.